The well-preserved and historic homes of Cass County Michigan showcase the life and times of Cass County’s earliest settlers. Most of the original owners of these homes were community leaders, entrepreneurs, activists, and farmers with a vision for the future. 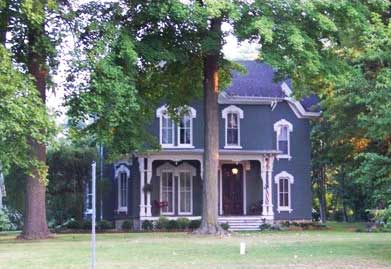 Significance: The Sylvador T. Read House is significant as a fine example of Italianate architecture in Cass County. It is also significant as the home of Sylvador T. Read, who came to Michigan from New York in 1832 and settled in Calvin Township, Cass County, in 1843. A farmer at first, Read also followed the occupation of “breaking” as a business, using a 500-pound plow to clear roots and open the land. Later he became a merchant and, after 1857, a cattle, sheep, and hog shipper. He was also partly responsible for the Grand Trunk Railroad coming through Cass County, and although extremely popular, he held no political offices.

The current owners have retained and maintained the original woodwork, casement trim, and original wood custom shutters throughout this beautiful and historic home. 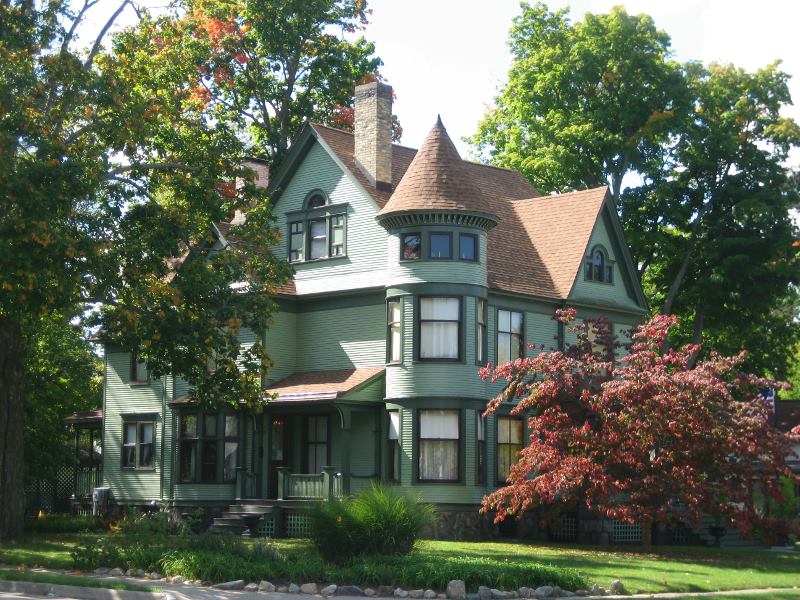 The Criffield-Whiteley House in Dowagiac was listed on the National Register of Historic Places on December 6, 2016. The Criffield–Whiteley House, constructed in 1897, is a two-and-one-half-story dwelling in the Queen Anne style, located at the intersection of Main Street and North Lowe Street on the west side of Dowagiac, Michigan. The house stands on a rubble fieldstone foundation formed of large, carefully fitted pieces. The house faces north on a triangular city park containing the Civil War Monument.  Additional information will be provided when available. 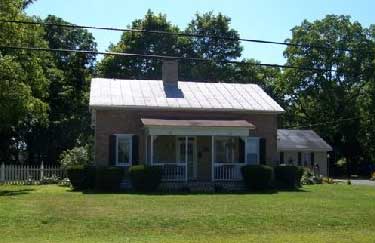 The Joseph Webster Lee House is a one and one-half story, side-gabled roof, buff-colored brick and wood-trimmed building, which front is enclosed by a shed-roofed porch, topped by a square brick chimney, and rests on a fieldstone foundation. A wood-columned gabled portico entrance flanks the side gable. Horizontal pediments surmount window enframements, and a metal roof tops the structure.

Significance: The Joseph Webster Lee House is one of the oldest houses in Ontwa Township and the Edwardsburg area. It has historical significance as the residence of an Ontwa Township pioneer. Joseph Webster Lee, a native of Sandwich, New Hampshire, arrived in the village of Edwardsburg in 1836, after a wearisome six-week journey in a canvas-covered wagon with a two-horse team. Together with his wife Maria and their children, Lee purchased 160 acres of land in Section 8. He identified with the Edwardsburg Methodist Church, the Whig Party, later, the Republican party, and supported the antislavery cause. 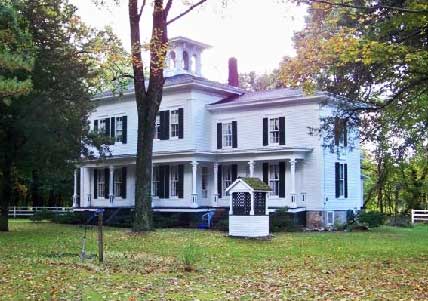 The George Newton House was a private home in Marcellus, Michigan. It was designated a Michigan State Historic Site in 1974 and listed on the National Register of Historic Places in 1982. It is significant as the home of prominent civic leader George Newton, the son of Cass County pioneer Colonel James Newton.

History: James Newton was born in England in 1777 and emigrated as a boy to the United States. His family settled near Morristown, New Jersey; later Newton moved on to Pennsylvania, and then, in 1804, Ohio. He commanded a regiment of Ohio militia, earning the rank of Colonel, and served in the War of 1812, commanding at times both Fort Black and Fort Meigs. James Newton’s son George Newton was born in 1810 in Preble County, Ohio in 1810. Both George and his father James moved to Cass County in 1830 and settled down to farm. James Newton served as a member of the 1835 Michigan Constitutional Convention, and as a member of the Michigan House in 1837/38 and 1838/39. James Newton died in 1844. George Newton married Esther Green in 1837 and they had two children. He followed his father into public service and was elected to multiple local offices. In addition, he served as a member of the Michigan House in 1858/59. In 1865, Newton commissioned architect Christian G. Haefner to design this house. George Newton died in 1883. In 1931, Fred Russ purchased the house and the surrounding 580-acre parcel of timberland. In 1942, he gifted the land to Michigan State University. The University Forestry School has since then used it as the Fred Russ Experimental Forest. The house was restored by the Cass County Historical Commission and has been operated as the Newton House Museum since 2013.

Significance: The George Newton House is significant as an unusually well-preserved example of an Italianate country villa. It is a two-story house clad with clapboard and a hip roof topped with a belvedere. A veranda runs across the front of the house with a hip roof ell projecting to one side. Overhanging eaves and a classical cornice run under the roof. 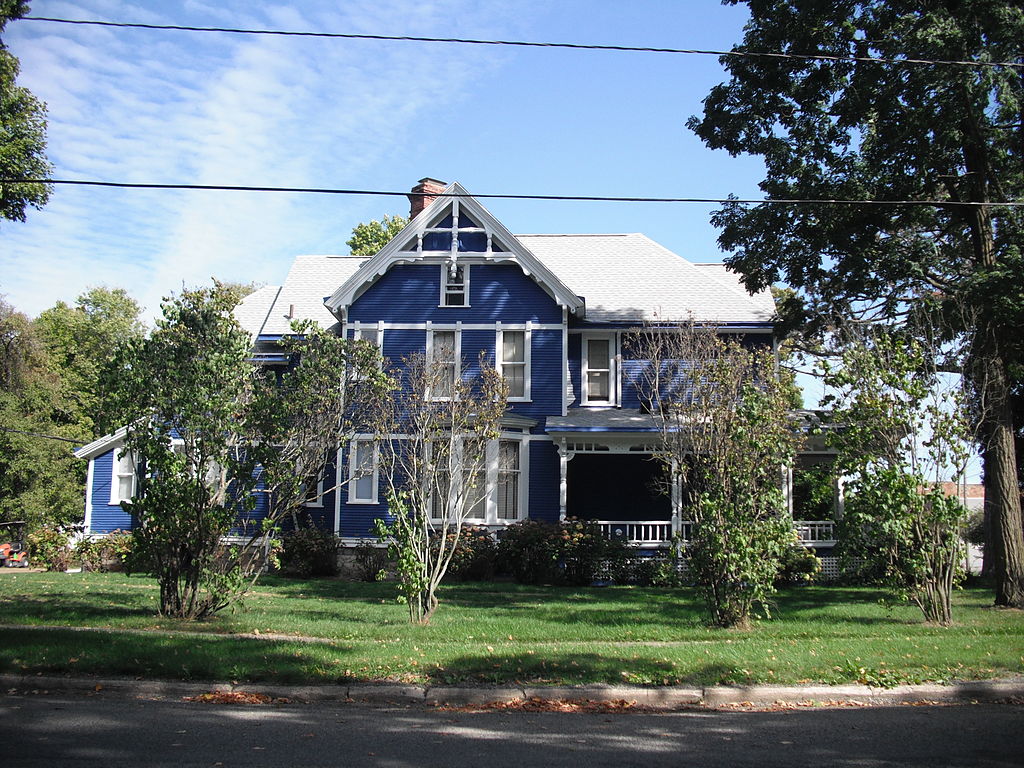 The George Washington Jones House is a private home located at 180 West Main Street in Marcellus, Michigan. It was designated a Michigan State Historic Site in 1986[2] and listed on the National Register of Historic Places in 1994. History: George Washington Jones was born in 1824 in Preble County, Ohio, the son of Henry and Hannah Jones. The family moved to Michigan in 1830, where the younger Jones helped his father on the farm. In 1851, this father died and Jones was named executor of the debt-laden estate. In 1853, he married Emma S. Sherman; the couple had two sons: Frank S. Jones and Carroll S. Jones (whose nearby house is also on the National Register). Through hard work and a shrewd business sense, Jones eventually accumulated some wealth and paid off all debts by 1862. In 1870, as the railroad was being built, Jones recognized that the present site of Marcellus would be an attractive place for a village, and purchased the land and platted it out. That same year, his wife Emma died. In 1876, Jones married Lizzie Osborn. In 1877 he opened the G.W. Jones Exchange Bank in Marcellus, which was eventually run by his sons, and continues to be run by his descendants today. In 1888, Jones built this house for himself and his wife. They lived there until his death in 1896. It was vacant for a span of time in the 1980s and 1990s.

Significance: The G.W. Jones is a two-story rectangular balloon-frame house with a full-height attic built in the Stickley/Eastlake style. The house is substantially intact. Jones, G. W., House (added to National Register 1994 – #94001427) 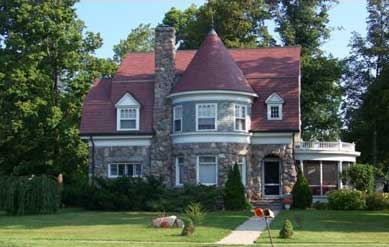 The Carroll and Bessie Jones House is a two-story, side-gabled house featuring both Dutch Colonial and Romanesque Revival style elements. The first story is built of hand-cut and fitted, local fieldstone blocks with roped mortar joints. The second floor’s massive gambrel roof is topped with red slate, and the gable ends are clad in green slate. A semi-round conical tower rises near the center of the asymmetrical front facade. The interior reflects the Arts and Crafts style through the use of quarter-sawn oak for the doors, trim, and built-in cabinets, and in the simplicity of ornamentation. The Carroll and Bessie E. (Caul) Jones House, also known as Poke’s Cottage or The Stone House, is a private home in Marcellus, Michigan. It was designated a Michigan State Historic Site in 1986 and listed on the National Register of Historic Places in 1997

History: Carroll Sherman Jones was born in 1857, the son of Marcellus founder George Washington Jones and his wife Emma Brewster (whose nearby house is also on the National Register). He went into his father’s banking business, running the G.W. Jones Exchange Bank in Marcellus from its founding. In 1891. Jones married Bessie E. Caul and they had two children. The Jones home was built between 1898 and 1900 by Carroll Sherman Jones, one of the early residents and leading businessmen in Marcellus in the late nineteenth and early twentieth centuries. The house is significant architecturally for its unique display of the Dutch Colonial and Romanesque Revival styles and as the work of the Detroit architectural firm of A. C. Varney & Company. Carroll Sherman Jones continued to work at the bank until his death in 1921.